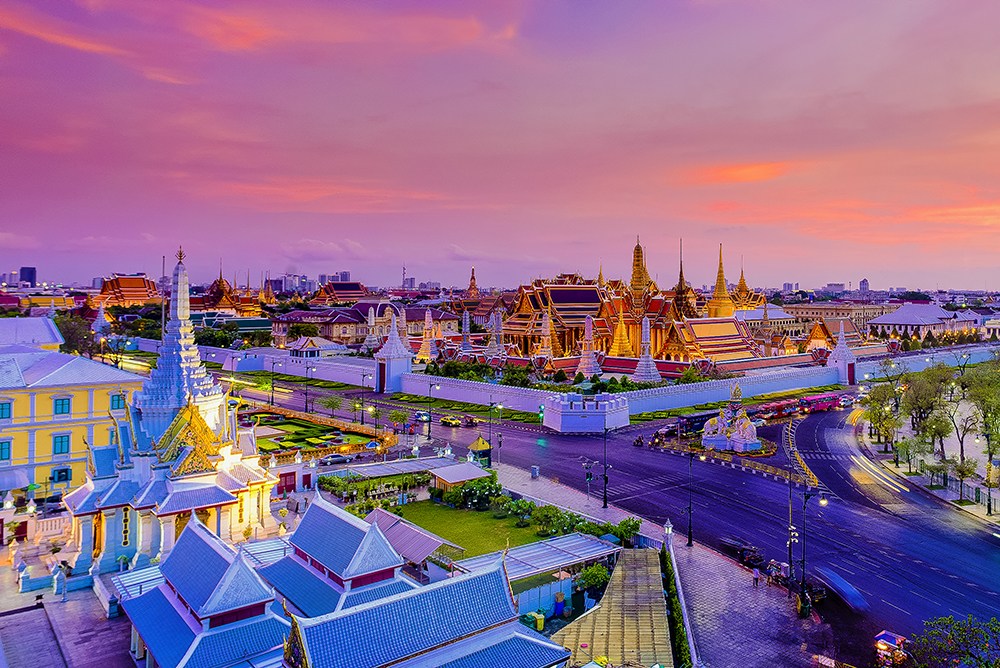 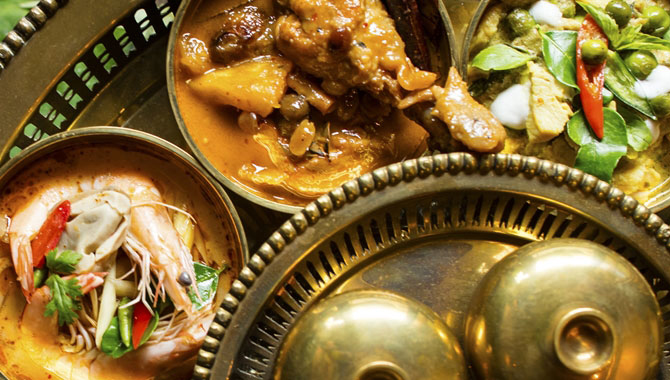 The kingdom of Thailand lies in the heart of Southeast Asia, making it a natural gateway to Indochina, Myanmar and Southern China. Its shape and geography divide into four natural regions : the mountains and forests of the North; the vast rice fields of the Central Plains; the semi-arid farm lands of the Northeast plateau; and the tropical islands and long coastline of the peninsula South. The country comprises 76 provinces that are further divided into districts, sub-districts and villages. Bangkok is the capital city and centre of political, commercial, industrial and cultural activities. It is also the seat of Thailand's revered Royal Family, with His Majesty the King recognised as Head of State, Head of the Armed Forces, Upholder of the Buddhist religion and Upholder of all religions.

Spoken and written Thai is largely incomprehensible to the casual visitor. However, English is widely understood, particularly in Bangkok where it is almost the major commercial language. English and some European Languages are spoken in most hotels, shops and restaurants in major tourist destinations, and Thai-English road and street signs are found nationwide.

The time in Thailand is seven hours ahead of Greenwich Mean Time (+7 hours GMT).

Flying is the most convenient mode of transportation for most visitors traveling to Thailand. Domestic flights are also easy and convenient, cutting down on journey time. A number of domestic carriers service a majority of large provincial cities dotting generously across the country. Travel to neighboring countries is cheaper when booked within Thailand. Train services connect Bangkok to all regions of the country at reasonable prices. A regular rail service also runs between Bangkok and Singapore via Malaysia. Long distance coaches, both air-conditioned and open-aired, connect all major cities. At the local level, diverse forms of transportation are provided: provincial buses, city buses, songthaews, tuk-tuks, rickshaws, boats, and even rental cars.

Air : With Bangkok serving as the international travel hub of SE Asia, the capital serves as the landing port for numerous international airlines, most with direct flights from their destinations. Some chartered and regional flights may land at one of the other international airports within Thailand, consisting of Chiang Mai, Chiang Rai, Hat Yai, Phuket, and Ubon Ratchatani. The country's national airline is Thai Airways. Airport departure taxes for international departures costs 500 baht/person. The check-in counters open 2 hours and close half an hour prior departure time.

As a general rule, any foreigner seeking entry into the Kingdom of Thailand for business, investment, study, medical treatment, mass media, religion, employment and other purposes is required to apply for a visa from a Thai Embassy or Consulate-General. To do so, a foreigner must possess a valid passport or travel document that is recognized by the Royal Thai Government and comply with the conditions set forth in the Immigration Act B.E.2522 (1979) and its related provisions.
The examination and diagnosis of disease of a physical or mental nature, including protective operations as against disease, shall be conducted by the Immigration Doctor. Information on location and contact number of the Thai Embassy and Consulate-General abroad could be obtained from the Ministry of Foreign Affairs, Department of Consular Affairs, Visas and Travel Documents Division, 123 Chaengwattana Road, Bangkok 10210, Tel. (662) 981-7171 ext. 3201-2, 3204-5 or direct line 575-1062-4, Fax. (662) 575-1066 , E-mail : div1303@mfa.go.th Note: Please check the period of stay stamped in your passport by the immigration officer. Visitors who overstay their visa will, at the time of their departure, be fined 500 baht for each excess day. 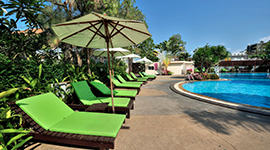 The hotel on the pristine beach of Jomtien. The hotel is situated approximately 147 kms. south of Bangkok and only a 10 minutes drive south of Pattaya. Conveniently accessible to shopping malls, restaurants and major tourist attractions. The hotel also is an exotic place for a romantic moment just before the sun slips down into the sea. The hotel's ambiance is blessed with an eclectic mix of thai rustic, modern and tropical settings.